SPARQL Web Pages (SWP) is a declarative language that represents user interface elements with an RDF vocabulary. It is tightly integrated into TopBraid Suite: TopBraid Composer is used for editing and the TopBraid Live server executes them for web applications. Its textual notation is an extension of HTML, with additional tags to represent certain reusable building blocks.

The SWP Application Component Library (SWA) includes reusable building blocks that make it easy to configure forms. The resulting components are either used in solutions such as TopBraid EVN, or can be embedded into any other web page. Now that SWA has stabilized, I thought it was a good time to explain in-depth how such forms can be used by application builders. For that purpose, I have added a new 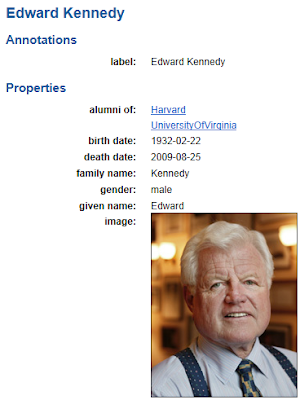 to a customized layout such as this: 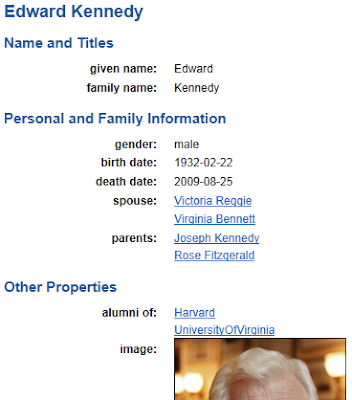 via a small SWP snippet that is attached to a class: 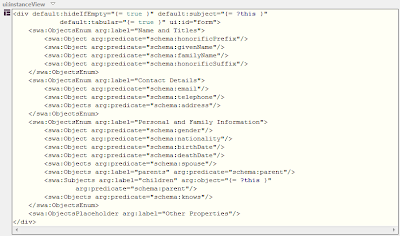 I would like to point out that the source code above is indeed just a visual representation of an RDF-based model, and that ontology can also be queried (with SPARQL) for other purposes. In a sense this SWA vocabulary can fulfill a similar role as earlier attempts such as Fresnel, only that SWP is backed by an executable and highly flexible model.