A recent Dilbert strip inspired me to go through Dave Winer’s EC2 for Poets tutorial as a geeky weekend project. It was surprisingly easy and inexpensive to get a computer image running in Amazon’s “Elastic Computing Cloud” (EC2) and to then get a copy of TopQuadrant’s TopBraid Live running in that image. 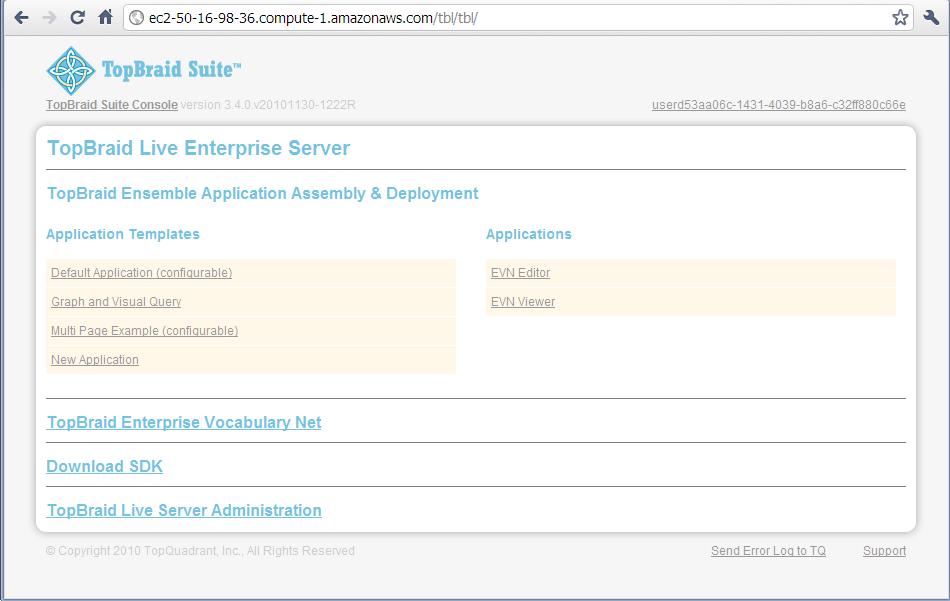 These images are cheap to run, as you can see on their price list. Note that the cost per hour of running a default Linux image is not eighty-five cents an hour when using servers in northern Virginia, but eight and a half cents. (It’s an additional penny an hour when using their servers in California, Ireland, or Singapore.) If you’re willing to spend a dollar or two an hour, you can get full control of some really large-scale computing power without spending much money unless you’re planning some long-term use of it, in which case you’ll want to compare the options with your requirements more closely than I did. You’ll want one of the EBS images, which still offers you a wide choice of platforms. Otherwise, the only way to stop a running image is to terminate it, in which case it (and all your configuration of it) is gone. With an EBS image, once you stop running it, you can always restart it.

The ease with which I switched my efforts from Ubuntu to Fedora was an important lesson in cloud use; it sure was easier than installing Fedora over Ubuntu on a laptop hard disk, and if I decided to switch back, going back to the Ubuntu EC2 image would take seconds, unlike reverting a hard disk once I’d overwritten the Ubuntu image with Fedora. You can initialize several different images in the EC2 cloud, and if you’re not running any of them, Amazon only bills you for storage, which is pennies, so you can set up several to wait for you and start and stop them whenever you like. If you want more memory, cluster processing, 64-bit instead of 32-bit, or other additional resources, you can just try it and see how it goes. This means that when you plan out the deployment of TopBraid applications using 32- or 64-bit TBL, you don’t have to worry too much about having an available machine with the best possible operating system and hardware configuration, because you can experiment with different cloud images until you find the setup that’s best for you. (I never tried a Windows image or SUSE or one of the other Linux images, but if I was going to roll out a production TBL application I’d explore these further as part of my planning.)

It’s pretty impressive to think about the kind of power and flexibility that you can get when you deploy cloud-based semantic web applications, and as I found out with my little experiment, the barriers to entry for trying it out are extremely low. After 16 hours of running one instance, 3 hours of running another, and 3.1 GB of data transfer in the last few weeks, I currently owe Amazon Web Services a total of $2.29. So, if you’re holding off on trying TBL because you don’t have the appropriate box on which to run it, Amazon’s EC2 offers some nice options to try out.